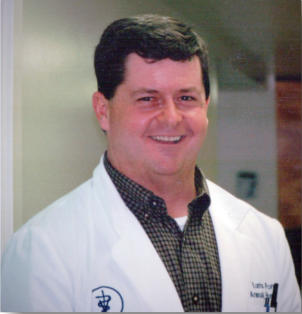 A native of Delaware, “Dr. Bob” was raised on a farm in Hazlettville, Delaware. When most children were playing baseball, football or enjoying vacations, Dr. Thompson was helping his father raise beef cattle and train standardbred horses. He attended Caesar Rodney High School in Camden, Del. He received his B. S. degree in agriculture from the University of Delaware in 1981 and from there attended the University of Pennsylvania School of Veterinary Medicine, graduating in 1985. After graduation, he practiced at several small animal hospitals, but in 1988, his love for horses inspired him to accept a position at Delaware Park as assistant track veterinarian. In 1990, Dr. Thompson left his position at Delaware Park to pursue his desire to open his own veterinary hospital. In 1991, Lums Pond Animal Hospital became a reality and has since become one of Delaware’s leading, progressive, state of the art, AAHA accredited veterinary practices. Dr. Thompson has dedicated servant leadership to Delaware Veterinary Medical Association. He has served on numerous committees and in leadership positions including DVMA Executive Board, DVMA President Elect, President, and Past President, and currently serves as Delegate to AVMA. In 2010, Dr. Thompson was named Veterinarian of the Year by the DVMA. Dr. Thompson resides in Bear with his wife, Barbara, their 5 Brittanys and 2 cats. In his spare time he enjoys gardening, fishing, harness racing, U of DE football games and spending time with family and friends. 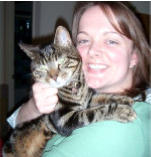 Dr. Smagala completed her undergraduate degree at Ursinus College in Collegeville, Pennsylvania in 2005 with a B.S. in Biology. She then attended Purdue University School of Veterinary Medicine in Lafayette, Indiana. After graduation from veterinary school in 2009, Dr. Smagala completed a one year internship in small animal medicine and surgery at VCA Newark Animal Hospital. She joined the Lums Pond team in the summer of 2010. Dr. Smagala resides in Newark, DE with her cat, “Taft”. In her free time, she enjoys water skiing, reading and spending time with friends and family. Dr. Smagala has a twin sister who is also a veterinarian. 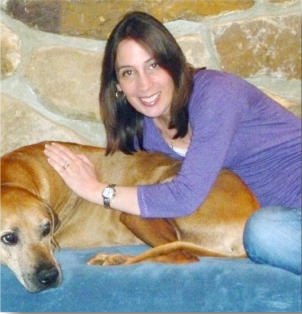 Dr. Colletti graduated from the University of Pennsylvania with a B.A. in Biological Basis of Behavior. She received her veterinary degree from the University of Pennsylvania School of Veterinary Medicine in 1989. Following graduation, Dr. Colletti completed a one-year internship in small animal medicine and surgery at Oradell Animal Hospital in Paramus, New Jersey. She then returned to Pennsylvania and has been practicing small animal veterinary medicine in the Delaware Valley since 1991. Dr. Colletti became a Diplomate of the American Board of Veterinary Practitioners, certified in canine and feline practice, in 2002. Dr. Colletti resides in Chester Springs, PA with her husband Tony. They share their home with a Rhodesian Ridgeback, and a pond of ornamental goldfish. In her spare time, Dr. Colletti enjoys reading, fitness training, sporting events (especially football!) and spending time with Tony and the dogs